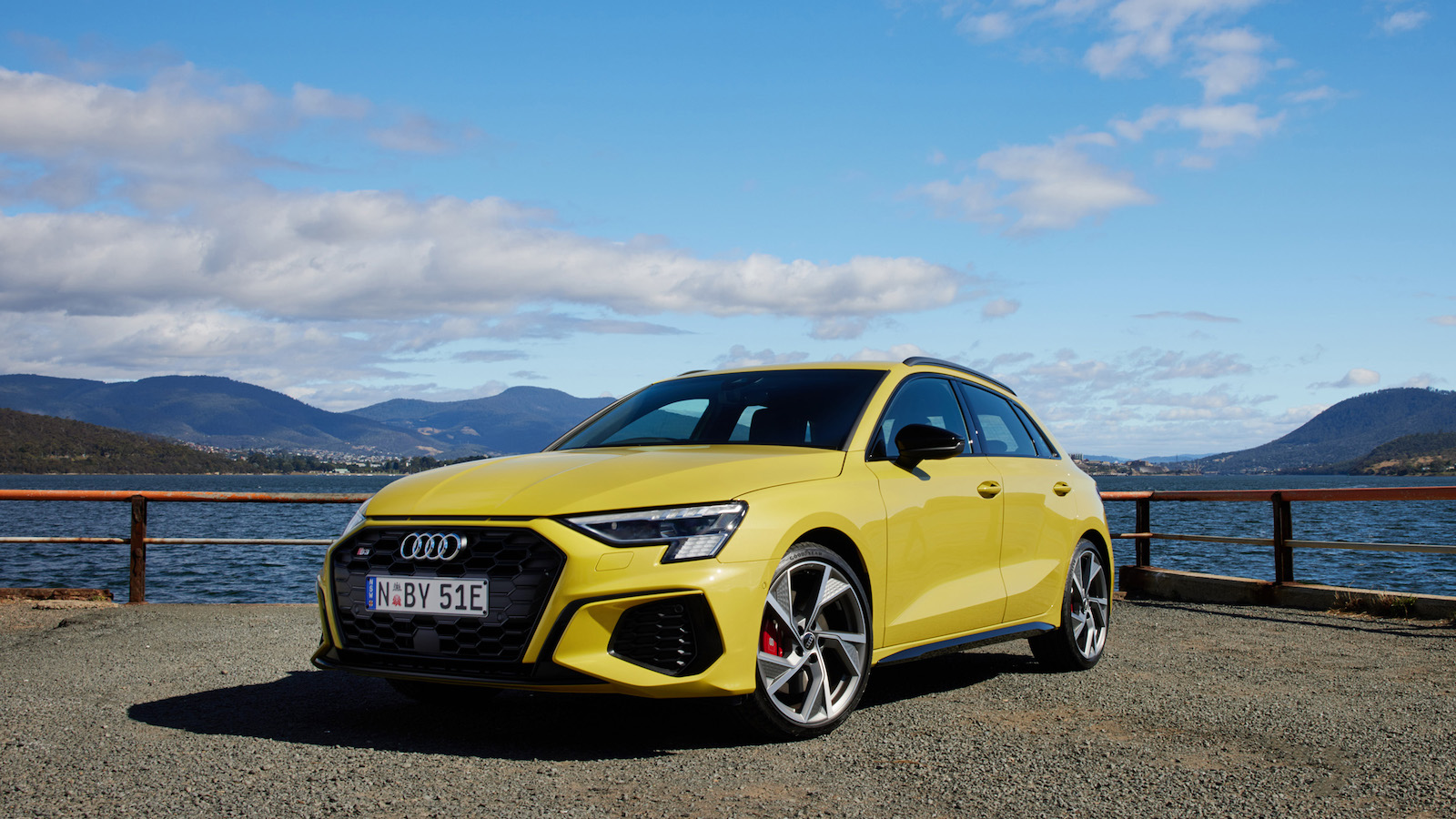 The Audi A3 family has consistently been one of Audi’s best-selling model ranges in Australia – and it’s not hard to see why.

The popular compact is luxurious, versatile, and extremely competitively priced. It also serves as the basis for the fire-breathing RS3, which is one of the most exciting small performance cars money can buy.

But between the A3 and the RS3, you have the S3 – which, I must admit, was always a car that confused me a bit. I always saw it as a bit of a compromise: not as fast or prestigious as the RS3, but more expensive than the A3. It’s like, why not just get the RS3? Or a Golf R?

Well, after driving the latest edition of the S3, I can safely say that I was wrong in my assumptions. Rather than being a compromise, the S3 is actually the best of both worlds – especially with this latest model. Indeed, I’d go as far to say that it’s one of the smartest cars you could hope to buy.

First, let’s talk stats. The new, fourth-generation Audi S3 is endowed with a turbocharged 2.0L inline-four that makes a solid 228kW and 400Nm of torque, with a 0-100km / h time of 4.8 seconds. There’s only one transmission on offer, a 7-speed S tronic dual-clutch number, and the S3 is blessed with the latest iteration of Audi’s quattro permanent all-wheel-drive system.

Aussies will be pleased to hear that while previous generations of the S3 were detuned for the Australian market, the new S3 is not. We’re getting the full-fat version.

The S3 also looks pretty special, and it’s easy to tell an S3 apart from an A3 (if the red S badge wasn’t enough of a clue). Bonnet vents above the honeycomb single-frame grille, more angular matrix LED headlights, S-specific wheels… It’s a pretty car.

Like the A3, it’s available in either Sedan or Sportback (ie hatchback) guise. The sedan is slightly longer and therefore slightly heavier, but Audi says the performance figures are identical between the two body styles.

I had the chance to take an S3 Sportback for a day’s drive in and around Hobart, Tasmania – which might actually be the ultimate city for car lovers. While the old stereotype about Hobart not having any traffic lights might not be true anymore, traffic’s still pretty light, Tasmanian drivers are friendly and considerate, and the general level of driving competence is much higher than on the mainland. Especially Sydney.

RELATED: Australia’s ‘Tuscany’ Alternative Might Be Your Perfect Driving Getaway

Then, once you get out of the city (which really only takes 15min or so, because Hobart is tiny), you start getting served a smorgasbord of beautiful, twisty and engaging roads. The speed limits are exceedingly generous, too: perfect for a bit of research by technique.

In fact, they’re probably a bit too generous. Some of those winding mountain roads with a posted limit of 100km / h would probably kill you if you tried tackling them at 50… But this is where the S3 was a revelation. I could take those roads at the speed limit with the confidence that the sticky S3 with its intelligent quattro all-wheel-drive and wheel-selective brake application would keep me firmly planted.

One particularly cool feature of the S3 is its electromechanical progressive steering rack with speed-dependent power assistance. What this means is that when you’re out on the highway or on the track, the steering is perfect for fine handling adjustments… But then when you need to do a tricky reverse park in the inner city, you don’t have to reef the wheel around lock to lock when maneuvering.

Why do we care about reverse parking? Well, those little domestic details are kind of the essence of the car. The S3 has more than enough power and performance credentials to make it a truly engaging sports car but is also easy to live with. It’s the perfect daily driver.

It’s got a split-folding rear seat so you can easily get cargo in and out (another reason to pick the Sportback in my opinion). It’s got all the safety aids you’d expect from a top-tier luxury car, like adaptive cruise control with traffic jam and active lane assist. The cockpit might all be angled towards you like a fighter pilot, but everything’s laid out in a thoughtful manner, like actual physical climate controls. Not everything needs to be on a touch screen! Yes, this is the hill I’ll die on.

In short, it’s the Swiss army knife of cars. It can do a bit of everything, and it does it all pretty well. The only thing I’ll say is that if this is the standard the S3 sits at, I’m dying to see just how mental the new RS3 will be…

Find out more about the new Audi S3 as well as the rest of the A3 family at Audi’s online showroom here.

Did you enjoy this story?

If so, subscribe to our daily newsletter to receive our top tending stories.