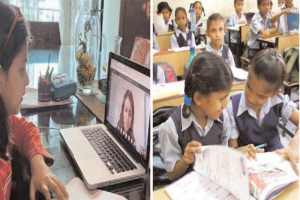 Apparently, the government in Bengal is reluctant to hike the fare of private buses to save people from additional financial burdens. Meanwhile, diesel prices increased by more than 50 per cent in the last four years ever since the last fare revision was done in 2018.

This raised operating costs to run buses substantially. Bus owners obviously will not run their business to incur losses. When their repeated appeals failed to convince the government, an unprecedented thing happened ~ silently.

Bus operators started charging higher rates to the passengers unofficially. Initially, there was some protest here and there but subsequently, people also accepted the new norm.

The Special Committee appointed by the Transport Department to propose the “least possible revision of fares”, recommended about a year back a minimum fare of Rs. 8 for the first three kilometers. The proposal was shelved by the government on the ground that the State was providing an incentive to the bus owners in the form of road tax waiver to passenger carriages almost to the tune of Rs. 120 crore a year.

Bus owners, however, stated that this relief did not compensate for the unprecedented rise in diesel prices in recent months. With arguments and counter-arguments, the stalemate continued on the real issue but passengers were made to pay a minimum fare of Rs. 10 unofficially.

But can a State allow an unlawful practice to continue just to avoid possible unreasonable protests by opposition political parties? Good governance demands the State take action, and take decisions in a transparent manner so that people know the rationale of the decision taken. What has happened with the fare of private buses is no exception. This has happened with auto fares ~ operators charging higher rates from the passengers unofficially, not to talk about the cabs.

Perhaps the education sector is worst affected by this soft-pedalling of the state. The schools remained closed for most of the time during the last two years because of the pandemic. The West Bengal government opened schools after lots of hesitation when the demand of civil society to do so reached its height. During these two years, the new system of online classes emerged as a default option but only the urban middle class could take advantage of virtual education.

Various studies revealed that online education did not reach 76 per cent of urban students and 92 per cent of rural students studying primarily in the mainstream schools ~ the government-aided schools of Bengal.

It is now largely believed by the teaching community that the examinations and assessments in the online system turned out to be largely farcical.

During these two years, students forgot whatever little they had learnt in the past. There was a large-scale dropout of students in higher classes. It was in this background that when schools opened in February last, there was a great sigh of relief amongst teachers and guardians.

The School Education Department devised a bridge course of 100 days to make students feel confident in the changed situation, in their new classes. It was further decided that summer vacations in schools would be restricted only to about two weeks commencing on May 26 after the 1st Summative Examinations of the academic session. The situation was gradually improving.

All of a sudden, the heatwave that was passing over the State for three days towards the end of April led the government to advance the summer vacation to May 2.

There was no apparent consultation with the stakeholders before taking this vital decision. There was no public demand which could justify the hurried decision of the administration. The government could have shut down schools for a few days at the time of adverse weather conditions instead of increasing the summer vacation to 45 days, completely upsetting the academic schedule of the schools.

The decision drew protests from the teaching community and the guardians in particular as the heatwave this year was nothing unusual and most of the states in the country did not opt ​​for such an alternative.

The weather situation, however, improved substantially from April 29, immediately after the government announcement. But there was no reconsideration of the decision in spite of the appeals made by stakeholders ~ the teachers and the guardians.

Meanwhile, private schools were continuing with their live classes as by the beginning of May, weather conditions had improved substantially.

That was a loss of face for the education department. In such an embarrassing situation, the Education Department almost forced the private and missionary schools to stop the off-line classes.
Whether the government:

has the moral authority to interfere in the academic schedule of these schools coming under other Boards, without any valid ground, can always be debated.

However, the episodes of shutting down schools and the stalemate on the issue of review in bus fares reflected the inability of the state administration to take a rational and consistent stand on vital matters at the right time.

Recent observations of the Calcutta High Court in several cases of alleged corruption in recruitment by the School Service Commission indicated a new low in the affairs of the State. Unlike many other states, Service Commissions in Bengal were never heard of compromising the integrity and fairness of the recruitment process.

Decisions of the Calcutta High Court to refer inquiry of successive criminal cases to the CBI reflect a lack of confidence in an inquiry by the state police. On a couple of occasions, High Court was directed to carry out post-mortem of dead bodies in military hospitals instead of in state-run hospitals.

The Chief Minister of Bengal has on repeated occasions urged the police force to act with all fairness. On many occasions, leaders of the ruling party have urged their cadres not to indulge in violence in local body elections. Neither the police force nor the party cadres paid any heed to such advice.

Yet, there are silver linings. Everything might not have been lost. The state government has done some commendable work in decentralizing the public service delivery system at the grassroots level. People in Bengal are, in general, law-abiding.

In spite of the bitter rivalry between two mainstream political forces, if Tamil Nadu can be one of the best-administered states of India, why can Bengal revive its past glory of fair and impartial administration?