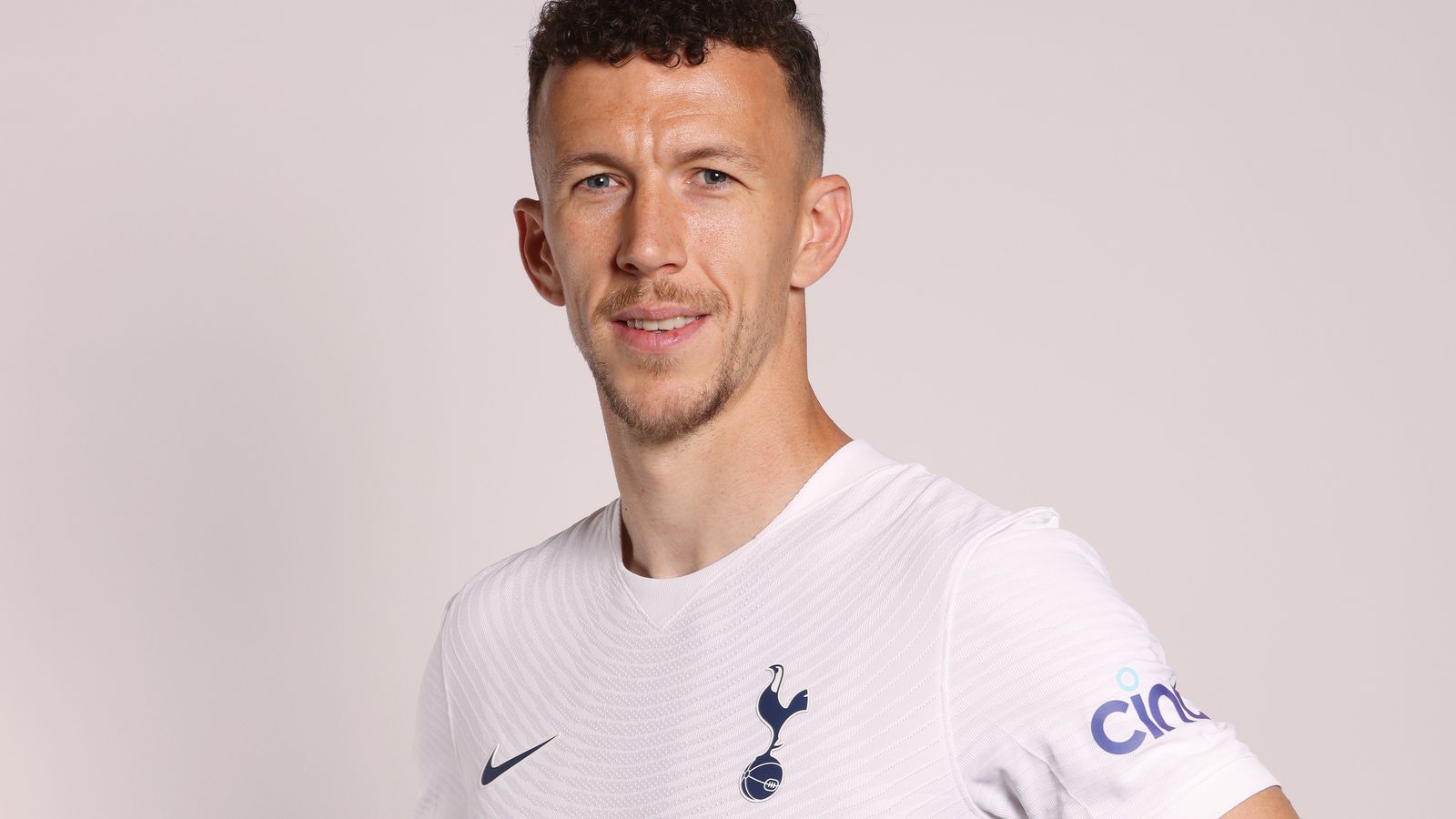 Tottenham have completed the signing of Ivan Perisic on a free transfer.

The 33-year-old, who can play as a wing-back and a forward, has signed a two-year contract to become one of Antonio Conte’s first signings of the summer window.

Perisic, who has 113 caps for Croatia and scored in the 2018 World Cup final, had been at Inter since 2015. He won Serie A last season under Tottenham head coach Conte after spending the 2019-20 season on loan at Bayern Munich where he lifted the Champions League.

“When I got in contact with the coach and the sporting director, I told them I had really wanted to come to the Premier League since 2009 when I started playing professional football in Belgium,” Perisic told Spurs’ official website.

“It’s a privilege to work with a coach like Antonio. It was a perfect year at Inter, I am very pleased to see him again. He lives football every minute, every hour and every day, even when he’s sleeping he’s thinking about it.

“I was watching the last two or three games and, after the win against Arsenal, it was obvious Tottenham would reach the Champions League, and it was good for me because I want to play in the biggest games.”

Inter Milan chief executive Giuseppe Marotta admits he was keen to keep Perisic this summer, but was unable to convince him to extend his stay in Milan.

“There is regret,” Marotta said on Monday. “But he wanted to try a new experience in the Premier League.

“We were not in a position to make better offers, simply his choice was based on a different future than the current one. Maximum respect for that and a big thank you to him as well.”

Despite speculation around his Spurs future, Conte is preparing for next season at the club after talks with managing director of football Fabio Paratici on Friday.

Conte has been told the club aim to sign at least six or seven players, as Spurs look to back the Italian in the transfer market.

Spurs are targeting several areas, with goalkeeper, center back, wing-back, central midfielder and striker among the positions they plan to strengthen. Conte deployed Perisic at left wing-back during his time at Inter after bringing him back into the fold.

Goalkeeper Fraser Forster has agreed to sign for Spurs when his deal at Southampton expires and has already completed his medical exams.

Why are Spurs signing Perisic?

“It’s not often Tottenham make investments in players over 30, let alone at 33 – but on a free transfer this one makes sense.

“First of all he is someone Antonio Conte wants, having worked with him before at Inter Milan, so he is a great way of showing backing for the manager early in the window.

“But from a football perspective, it makes even more sense. Perisic is experienced, right at the top of the game. He’s a winner. He’s won the Champions League with Bayern Munich and the Serie A title under Conte in 2021.

“He is also still at the top of his game, despite his age, and can offer a threat from a variety of positions. Conte converted him into a left wing-back in their title-winning side but he can also provide cover and competition for Heung-Min Son and Dejan Kulusevski in the forward positions.

“Conte wants to add experienced heads to his squad to get Tottenham competing on all fronts next season and Perisic will bring that in abundance.”

“Following the news that Tottenham have put in £ 150m of equity funds into the club, the club are clearly backing Antonio Conte in the transfer market this summer.

“They will target several positions including goalkeeper, center back, wing-back, central midfielder and a striker. As many as six or seven players could arrive. They will need to find the right balance with homegrown players. There is currently an imbalance in this area.

“Conte wants more depth in the squad, and he also wants to add experienced players, a shift from recent times when Spurs targeted younger players.

“There are some at the club who feel it’s inaccurate they didn’t spend in the past but there is an acknowledgment they didn’t always get recruitment right.

“Fabio Paratici can do no wrong at the club currently. Additions of Rodrigo Bentancur and Dejan Kulusevski have given the belief that they are finally getting it right in this area.

Dejan Kulusevski joined Tottenham from Juventus in January, and since then has become a key figure in Spurs’ top-four success under Antonio Conte

“Extensive homework is being carried out on player ability and character. Spurs recently rejected the chance to sign one talented Premier League player because their research highlighted concerns he could be a disruptive influence.”

Speaking on The Gary Neville Podcastthe former Manchester United defender said: “We were at the north London derby 10 days ago and even if Arsenal had beaten Newcastle, I still think Antonio Conte would have stayed because of what he experienced that night. Where are you going to get this competitive element, these atmospheres in Europe at this moment in time? You’re not.

The others have got Tuchel, Conte, Klopp and Guardiola – they’re animals, they win trophies all the time. They stand on the touchline and can almost eat you alive with their presence and aura. The rest have a long way to go . “