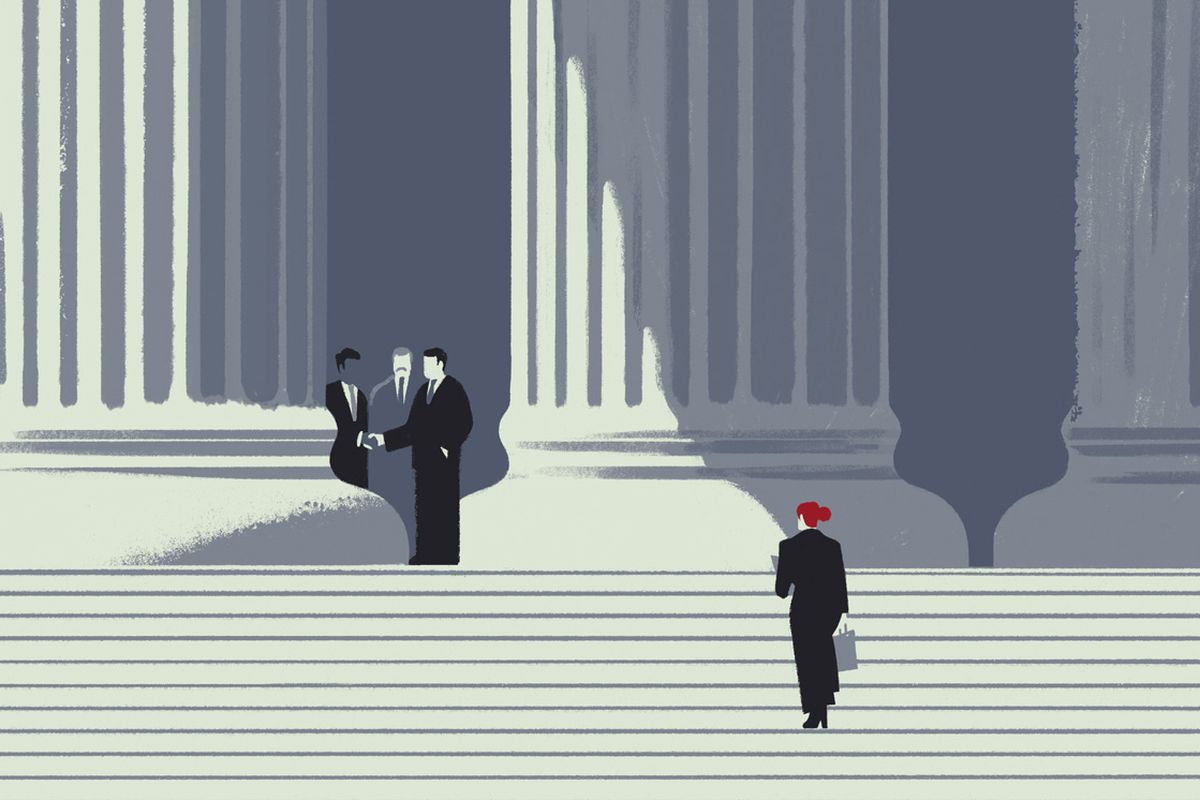 At Blake, Cassels & Graydon LLP, men at the equity partner level made an average of $ 371,596 more each year than the women at that tier, amounting to a 25-per-cent pay gap.

Moreover, confidential compensation records that were produced earlier this year and viewed by The Globe and Mail show that just 29 per cent of the firm’s 195 equity partners were women. (Equity partners buy an ownership stake in the firm and are paid a share of the profits.)

The pay and representation gaps at Blakes are nearly identical to those at the firm Cassels Brock & Blackwell. When The Globe reported Cassels’ statistics earlier this year as part of the continuing Power Gap series – an exploration of where women stand in the modern work force – it was the first indication of the extent of gender disparities at Bay Street law firms. At Cassels, female equity partners made nearly 25 per cent less than male counterparts – about $ 200,000 annually – and represented a quarter of the lawyers at that level.

The Globe Women’s Collective: Accelerating career progression at every stage

Blakes’ compensation records suggest improvement is being made in some areas. At the equity partner level, when considering only the lawyers who were called to the bar in the past 20 years, the pay gap shrinks to 9 per cent, although this still amounts to an annual average difference of just less than $ 100,000. Among this group, 42 per cent of the partners were women.

In responding to questions from The Globe, Blakes’ managing partner, Bryson Stokes, pointed to a positive shift in recent years.

“The specific wage gap [at the equity partner level that] you identified represents one year of data and is skewed by certain gender-based demographic legacies present in law firms, ”he said in an e-mailed statement. “It does not reflect more recent and more relevant trends.”

For example, he continued, a decade ago, only 19 per cent of equity partners were women.

The Globe also reviewed the compensation records for Blakes ’68 non-equity partners. At this tier, the gap was 8 per cent, or $ 31,455 annually. (In calculating the gender wage gap at this level, The Globe removed one man whose pay was drastically more than everyone else’s and one man who had no salary.) In total, 38 per cent of non-equity partners were women.

Pay inequity is an issue that virtually every industry is struggling to tackle. Gaps that were created at a different cultural time are still heavily impacting today averages, even as companies implement new practices designed to bridge the divide. But the forces that led to those gaps in the first place aren’t gone.

Earlier this year, the Power Gap series unpacked the unique set of barriers that confront women in law. For example, women reported that building a business book – a roster of clients – was more difficult for them, because they were less likely to be put on lucrative files, to be introduced to important clients and to be given the same kind of opportunities as their male peers. There are more men in positions of power at law firms and in Corporate Canada and, traditionally, men have been more likely to refer work to other men.

Blakes managing partner Mr. Stokes spoke to this issue in his statement: “Blakes recognizes the historical opportunity gap that has existed within our profession: the less-than-equitable distribution to women of opportunities for development, profile and promotion.”

He said that Blakes has attempted to correct this, including providing incentives for senior partners to pass on opportunities and monitoring whether the most desirable files are equally distributed among men and women.

The reality, Mr. Stokes said, is that the lawyers at the top of the pay grid are typically the largest revenue generators. They “lead some of the most sophisticated legal matters in the country, creating significant work for large teams of lawyers across the firm.” Keeping top talent requires “market-driven compensation” and that will obscure the work the firm is doing to close the pay gap until the next generation takes their place.

Only one woman at Blakes is among the top 20 highest earners. She is sixth over all, tied with seven others.

Blakes is the fourth largest law firm in Canada, with a total of 680 lawyers, according to Lexpert, a legal resource and trade publication. It’s also a member of the “Seven Sisters,” a collection of Bay Street firms that have historically been considered the most prestigious for corporate work. Lexpert identifies Cassels as Canada’s 14th largest firm, with 261 lawyers.

Equity-level compensation at Blakes is determined by a committee of women and men. They consider factors such as each lawyer’s billable hours, their revenue generation and profitability, as well as their track record on issues such as mentorship, building profile, handling client relationships and promoting equality and equity within the firm.

“There is no single metric that provides a complete picture of the contribution of any individual partner,” Mr. Stokes wrote.

The Globe interviewed four lawyers who are or have been equity partners at Blakes in recent years. The Globe is not identifying these individuals. Some fear professional backlash for speaking publicly and another was not authorized to speak on behalf of the firm.

Two separately mentioned concerns about recognition. They each said that high billable hours and revenue generation do not always seem to be reflected in the compensation numbers when it comes to women. It also sometimes appears that the senior men credited for bringing in the client are reaping inappropriately high rewards at the expense of those logging the hours, they said.

“I think that women are often not given full credit for those black-and-white numbers, and I think the challenge with the compensation model that they use at some firms – like Blakes – is that it lends itself to a more subjective interpretation, ”The lawyer said.

Another said it’s also not a smart career move to complain. Part of that is about domestic politics, but it’s also a recognition that rich lawyers are not particularly sympathetic figures.

One equity partner who has been practicing for less than 20 years has had a different experience.

“My perspective is I’ve been given a lot of opportunities and that’s in keeping with progress that the firm is making in terms of gender equality,” she said. “And when I think about some of the great opportunities that I have had, the reality is those have come from men at the top of our [compensation] list. ”

In assessing Blakes’ pay data, The Globe also analyzed the gender gaps based on how long each lawyer had been practicing law. At the equity level, partners were called to the bar between 1982 and 2010.

Making direct comparisons by “year of call” – the year that they were called to the bar – was difficult because, especially in the earlier decades, often only one or two women were represented in a given time period.

At the non-equity partner level, the compensation document also broke out area of ​​practice. Of 11 different departments listed, eight employed both men and women non-equity partners. On average, the men made more in every practice area. Sometimes the difference was small – in litigation, the gap was just $ 6,903 – and sometimes it was not – in securities it was $ 104,167.

Before The Globe’s reporting, the extent of the pay gap in Canada’s legal profession – especially at large private firms, where most lawyers work – was largely unknown. In the United States, many big firms voluntarily disclose this information to the National Association of Women Lawyers in an annual survey, but Canadian firms declined to participate in a similar exercise from the Canadian Bar Association’s Women Lawyers Forum.

Earlier this year, The Globe asked Canada’s 25 largest firms to consider sharing pay gap statistics with a professional body for research purposes. Altogether, 20 agreed, but there appears to be little movement beyond making that pledge.

However, Aird & Berlis voluntarily disclosed its statistics to The Globe. The firm, which ranks 21st by size, with 186 lawyers, according to Lexpert, identified a 17-per-cent gap at the equity level, but the gap disappeared when only those who have been practicing for two decades or less were considered.

Our Morning Update and Evening Update newsletters are written by Globe editors, giving you a concise summary of the day’s most important headlines. Sign up today.