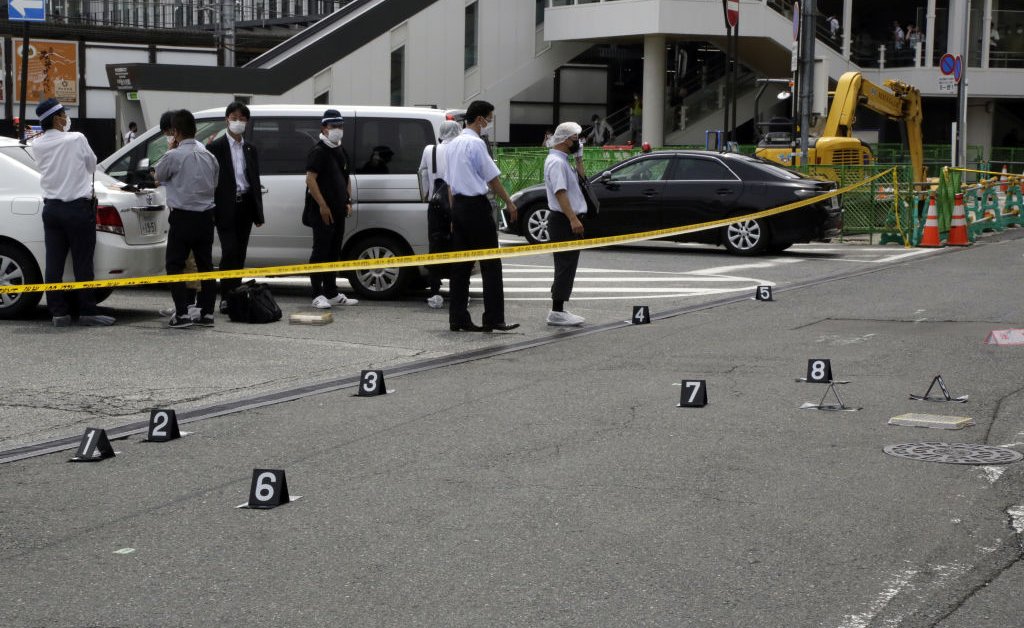 Japan’s former Prime Minister Shinzo Abe, 67, was shot and killed in the Japanese city of Nara with a homemade firearm on July 8 while he was campaigning for the Liberal Democratic Party (LDP) on the street. The news was especially shocking considering Japan’s reputation as a country that values ​​gun safety; gun sales and gun ownership have been severely restricted and regulated in the country for decades.

Japan, a country of more than 125 million people, experiences significantly less gun violence and other forms of violent crime than the global rate. Annual gun death rates in Japan typically amount to single figures. In 2019, there were only nine deaths from firearms, according to the World Health Organization. That same year, the US Census Bureau estimated that the rate of licensed firearm owners in Japan was 0.16 per 100 people.

“Even with the police, they’re not armed in a militaristic way, as they are in some other countries. Police in Japan have access to guns, but they’re much more discreet,” Alison Young, a professor with expertise in Japanese governance at the School of Social and Political Sciences at the University of Melbourne, told TIME, “And guns are present in popular culture; movies, tv, manga, etc… but there’s a big divide between that and everyday experience.”

Here’s what to know about gun laws and safety in Japan:

Since the latter half of the 20th century, the Japanese government has created and enforced strong gun control regulation, which for the most part, has been highly effective. The basis of modern gun regulation in Japan is the Firearm and Sword Possession Control law, which was first adopted in 1958 and states that “no-one shall possess a firearm or firearms or a sword or swords.” There are few exceptions that grant gun ownership in the country, such as hunting, sport or industrial purposes. Gun license applicants undergo a thorough background check, a mental health evaluation, and are obliged to take a written test and shooting range test, among other steps. Gun owners also have to renew their license every three years.

“Basically people don’t have guns or think having a gun is an important thing to do unless they’re into hunting or shooting clay pigeons, which are about the only reasons you could be authorized to have a gun unless you’re a policeman ,” Andrew Gordon, a professor of history at Harvard University who specializes in modern Japan, told TIME.

In 1995, an amendment to the Firearm and Sword Possession Control law criminalized firing a gun in a street, park, train, store or any other venue used by a large number of people. The same amendment provided for mitigated sentences for people who voluntarily surrender illegal firearms to the government.

Japan already had fairly restrictive gun measures dating back to the 19th century, but the country’s heavy gun regulations began after World War II. Gordon pointed to Japan’s Allied, but primarily American, occupation after the war. In 1946, the government issued a regulatory order banning all gun ownership, and such orders predominantly came from the occupation authorities or at least had to be approved by them. The 1958 legislation, though, was a response to increased gang activity in Japan after World War II.

Abe was killed with a homemade gun

The suspect in Abe’s murder, Tetsuya Yamagami, was arrested minutes after the shooting. The 41-year-old suspect previously served in the Maritime Self-Defense Force, essentially the Japanese Navy, and confessed to shooting Abe, the Nara Nishi police said during a Friday press conference. Yamagami originally planned to set off explosives, but changed his plan and used a homemade gun, Japan’s Public Broadcaster NHK reported.

“It was apparently handmade and was 40cm long and 20cm high,” a Nara police spokesperson said of the gun at a press conference.

Police found several different models of homemade guns made out of pipes at Yamagami’s apartment and are investigating how he tested the guns and chose the most effective model, NHK reported. During the search, an investigator collected more than 10 cardboard boxes of suspected materials and evidence from Yamagami’s apartment, NHK also reported. Yamagami reportedly admitted to purchasing the materials for the guns online and said that he targeted Abe for his alleged affiliations with a religious group. Officers in the Maritime Self-Defense Force receive education on gun handling and shooting, a possible indicator of Yamagami’s knowledge base.

Authorities said they have concerns that the former prime minister may have had insufficient security.

“The background of this crime is not yet fully understood, but it is a sneaky brutality that took place during the elections that are the basis of democracy, and it cannot be forgiven. I blame you in words,” Japanese Prime Minister Fumio Kishida said in a statement to the press after Abe was taken to the hospital, “The government wants to take all possible measures to anticipate and respond to any situation in the future.”

Read more: Looking Back at TIME’s Coverage of Shinzo Abe: ‘I Am a Patriot.’

The rarity of gun violence in Japan

The acceptance of gun reduction in the country is accredited to factors such as social norms centered around respect for authority and the government’s voluntary nuclear disarmament and non-proliferation initiatives in response to the atomic bombings that devastated Japan, according to an article published in the Asia Pacific Law Review. Additionally, Japan’s island geography limits the smuggling of illegal goods into the country.

Young and Gordon both say that violent crime still occurs, but it’s usually through means other than guns. Young listed knives, arson and planned car crashes in the average violent criminal’s arsenal.

Young also described koban, a unique community-policing system where law enforcement booths are stationed around neighborhoods to be more accessible and to maintain community relations. However, over the last few years, there have been several attacks on Koban officers in attempts to steal their guns. As a result, they were given knife-proof vests for protection.

History of Japanese political assassinations and the Yakuza

Abe’s assassination was not the first of its kind in Japan. Although rare, there have been few notable political assassinations in the country. In 1932, Japanese Prime Minister Inukai Tsuyoshi was assassinated, and in 1960 Abe’s grandfather, then Prime Minister Nobusuke Kishi, was severely injured during a stabbing, supposedly over the signing of a security treaty with America that garnered widespread protests across Japan. Inejiro Asanuma, head of the Japan Socialist Party, was also killed with a wakizashi, a traditional sword, by a teenage ultranationalist while delivering a speech in that same year.

“When there have been attacks that are politically motivated, most of them involve swords or knives, which are much harder to pull off. People still have managed to do that on some notorious occasions.” Gordon says.

Of Japan’s roughly dozen political assassinations and attempts at assassinations of well-known figures since 1901, only a handful involved firearms. Until now, the most recent political assassination had been of Nagasaki Mayor, Iccho Ito, in 2007. Ito was shot by a senior member of an organized-crime syndicate within the Yakuza, the larger network of Japanese organized-crime groups, mostly involved in real estate kickbacks, extortion, gambling, sex work, arms and drug trafficking. The man was apparently infuriated that the city wouldn’t compensate him for damage to his car.

“If you ask people, ‘Where are there guns in Japan?’ they would say, ‘Well the policemen have guns, but they don’t usually use them,’ and ‘The Yakuza have guns,’” ​​Gordon says. “I think the general attitude in the Japanese public is that as long as gangsters are shooting each other, it’s not a huge problem, but if they start targeting other people then it is.”

In 2006, two-thirds of known shootings were gang-related, according to the National Police Agency.

“In terms of organized crime, it’s suspected that there’s a great deal of turning away from criminal activity by Japanese police, not necessarily collusion or corruption, but kind of a belief in Yakuza self-regulation rather than a need for the state to be involved ,” Young said.

Read more: Shinzo Abe Rewrote Japan’s Place in the World. And Remained a Power Broker Until the Very End

Japan as a model nation for gun regulation

Countries worldwide have long viewed Japan’s legislation as the blueprint for safe gun regulation and crime reduction. Although Japan is thriving in comparison to other wealthy countries when it comes to crime, it is impossible to eliminate gun violence completely.

“There are really obvious differences between Australia or America or Britain and Japan, but it’s also important to see the similarities in advanced developed nations. They all have organized crime syndicates and they’re often working in collusion or with the tolerance of the police,” Young said. “There’s always a hidden figure of crime that’s never reported that often involves gendered violence, and there are weapons circulating outside regulation.”

Young points out that highlighting global similarities and differences is crucial to understanding how governments can learn from each other and avoid tragedy. Japan’s thorough political efforts have certainly saved countless lives, but even in the model nation, there is work to be done.

“The killing of Abe Shinzo [emphasizes that] even if you don’t have your own gun, you can make one or steal one. Gun regulation is important but there’s always going to be something that escapes it,” Young says—though she notes that isn’t a reason not to regulate guns.