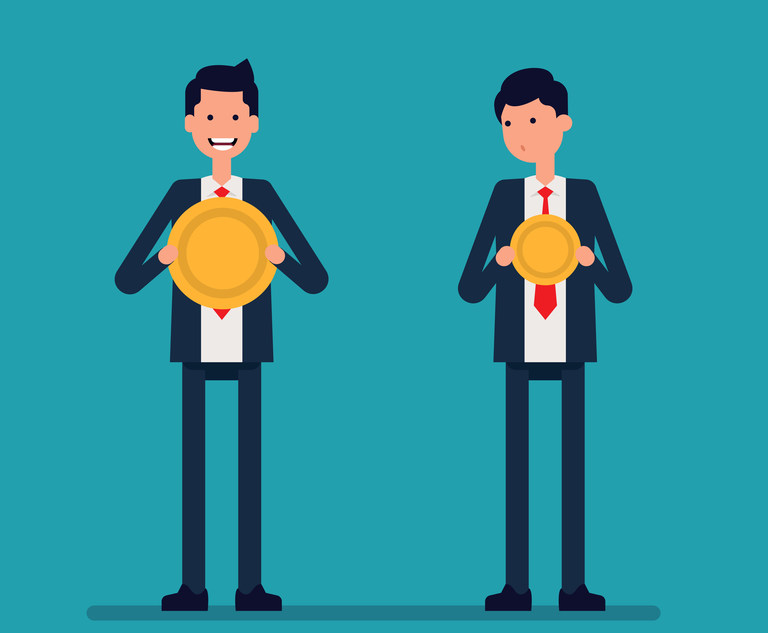 The pay war for junior talent may have reached unprecedented levels, but the most junior lawyers still only earn a small fraction of what the top earners get at the UK’s Top 50 law firms, in-depth research has found.

Thirty-nine of the top 50 firms disclosed the relevant information. The highest remunerated member at each firm received, on average, £ 1.35 million, while the average starting salary was £ 78,775 — which was less than 6% of what the top earner gets.

In a statement, a Fieldfisher spokesperson said: “Fieldfisher is run on meritocratic principles, not lock step, where advancement is based on performance. Our pay structure reflects this, with our top performing lawyers ranking among the highest earners in our sector. ”

For Clifford Chance, this statistic was still true despite the firm’s NQ lawyers receiving £ 107,500 as of the start of this year. Earlier this month, it was reported that the top paid partner at Clifford Chance took home £ 3.2 million in the previous financial year. This means that the firm’s highest earner has already earned more at this early stage of the year than an NQ lawyer will make in a year.

Twenty four of the 39 firms for which data was available paid their highest earner over £ 1 million.

Over the last year to 18 months, the industry has been gripped by a war for talent. This week, a survey of over 200 partners showed that the issue was the number one concern above all others. Slaughter and May increased its NQ salaries three times in 2021 alone.

This has had a disproportionate effect on firms with lower average profits per equity partner. The table shows that across all 39 firms the newly-qualified salaries are relatively similar, unlike the top earner figures.

However, the analysis shows that despite the intensity of the pay war, the pay gaps within firms remain chasms. When the firms are ranked from most unequal to least, it is only the 31st placed firm out of 39 where the top earner begins to make less than 10 times more than an NQ.

In the UK, anyone earning over £ 150,000 is within the top 1% bracket of incomes. For NQ lawyers in London working at some US firms, they can expect to be earning this kind of base salary at the very start of their professional careers. In November 2021, Ropes & Gray boosted their NQ salary for those in their London office to £ 147,000.

At a time when many workers in the UK are facing a number of financial pressures with large increases in energy prices, it’s hard to ignore the fact that salaries in the legal industry have continued to soar.

Luke Hildyard, executive director at the High Pay Center, a think tank which carries out research into corporate governance and income inequality, says that while lawyers at top firms undoubtedly have to work “incredibly hard”, some would be asking whether the kinds of salaries seen in the legal world were “excessive” given the negative effects of social inequality.

“Higher levels of inequality can foster increased levels of crime, poorer mental and physical health, and feelings of social division. Feelings of inadequacy in one’s own income within society can cause those kinds of issues, ”he says.

“There’s a question of whether lawyers’ pay ultimately represents a burden on productive businesses seeking legal services. There are other ways in which firms could be spending their money, such as on the pay for more junior staff, either employed directly or indirectly – outsourced roles like cleaners and security guards. ”

The repeated increases of NQ salaries by top firms was one of the most talked about topics of 2021 and shows no sign of abating, which would ultimately affect the pay gap figures.

Dan Harris, an associate director at the recruitment consultancy company Richard Walters, says that firms are willing to keep boosting their payment packages for junior lawyers because there is a widespread shortage of new recruits.

“I think what we’re seeing is pay levels increasing across all levels to meet the demands of the work that [firms] have. The levels of work coming in have increased so dramatically, that they need the workforce to meet the demand. There’s specific issues around firms outside the Magic Circle not paying at those levels despite the workload being similar.

“Lots of lawyers are realizing that they can move to a different firm and easily double their salary – which is no-brainer from their perspective. This is a big issue for lots of firms. ”

Harris says he’s aware that this could be a short-term way of solving an immediate problem: “Over the next few years, firms might start asking how the numbers actually add up going forward.”

At listed law firms, such as DWF and Gateley, the top earner is often thought to be the CEO of the business, but a single top earner figure is harder to ascertain.

For instance, the lowest top earner figure within the 40 firms was £ 300,000 – the salary received by both David Beech, CEO of Knights, and Rod Waldie, CEO of Gateley. But as both law firms are listed, their total remuneration is likely far higher, given that both will hold and be awarded significant amounts of shares in their own companies.

or number of firms did not disclose a single amount for their top earner.

Firms such as Hogan Lovells and Allen & Overy instead provide a figure for the remuneration provided to their ‘key management personnel’, without specifying how many people make up such a group. For Hogan Lovells, this figure amounted to £ 17.4 million for the year ending 31 December 2020, and for Allen & Overy the figure was £ 18.7 million for the year ending 30 April 2021.

Unlike these two firms, Linklaters do specify the number of ‘key management personnel’, stating in their LLP accounts that £ 26 million was paid out to 13 people for the year ending 30 April 2021. A spokesperson for the firm clarified that this doesn ‘ t necessarily mean each individual took home £ 2 million, as “there will be differences by individual”.

All of the firms’ newly qualified lawyer salaries included within the research are base salaries, and do not include possible bonuses and discretionary payments, which vary by firm.