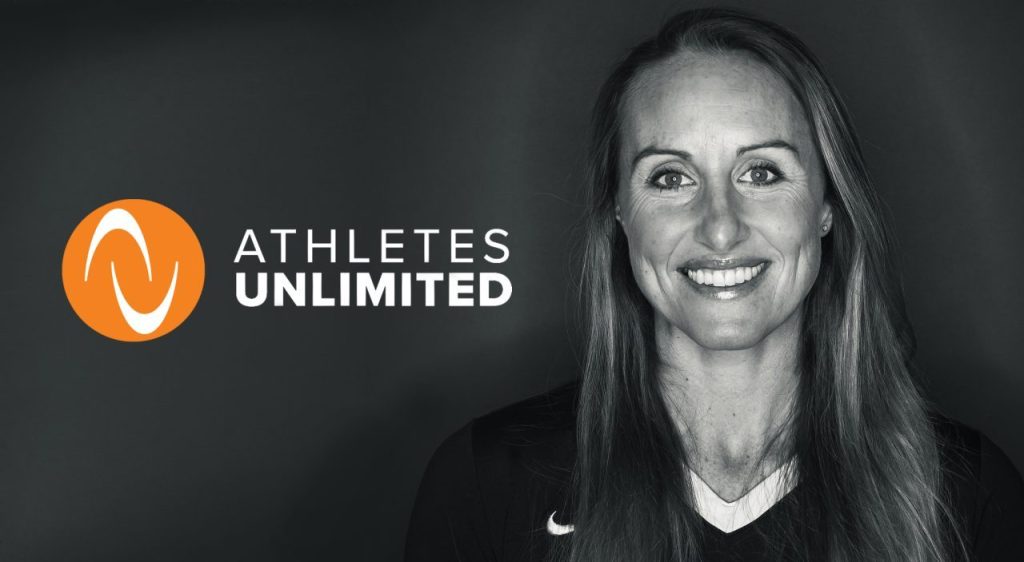 Katie Carter is a retired professional volleyball player and a commentator for Athletes Unlimited.

Over the last year, there’s been a lot of necessary focus on workplace reforms, and I expect this trend to carry forward beyond 2022. These changes are fantastic, but it’s often somewhat surprising to me that professional sports teams are left out of this conversation. For athletes, the court, field or rink is their workplace. And let’s just say I’ve seen a lot of eyebrow-raising behavior on the job.

Let’s take the very common occurrence of becoming a parent. When I became a mom, I pretty much figured my career was over.

Coming out of an exhausting situation playing professional volleyball in France, I was ready for a shift in my life. I had confronted a lot of unprofessionalism in various workplaces over the years — inappropriate conduct by coaches, improper treatment of injuries, teams owing players money. Maybe it was the right time to call it a career and have a kid, I mused, so my husband and I started trying to have a child.

Like a lot of couples, we experienced the rollercoaster of fertility struggles. We had some difficulties getting pregnant. With a new volleyball season on the horizon, I knew I’d have to pick either work or continuing to try for a baby (we all knew it couldn’t be both). I picked up work. My agent negotiated a (killer) contract for me to play in China. I started training. I switched my mindset back to the world of competitive sports. I packed my bags.

Just before signing my contract (did I mention it was a great contract?) I took one last pregnancy test: positive.

Then came the jarring reality. I wasn’t just unpacking my bag because of a canceled trip. I was unpacking my bag for the last time in my career. Even though I was excited to become a mom, the abrupt shift and the enormity of that realization brought on a profound sadness. Not only was my job not secured post-partum, my entire career was in question.

A lot of new mothers think and worry about this as they head into the unknown that is parenthood. Juggling priorities, fighting misrepresentation, and climbing the corporate ladder all become more complicated with motherhood. But I’m a professional athlete. My work is intimately tied to my body, and until recently, becoming a mom was reason enough for many decision-makers in the sport to deem a woman damaged goods. If teams didn’t outright say it, they intimated it with their lack of support for working parents and their reluctance to create policies to protect moms in the workplace. Motherhood was akin to a career-killer. Was.

That’s past tense now, because so much has changed in our world over the last three years. Social justice concerns, mental health awareness, women’s empowerment and workplace protections are all part of a wave of reform, one I have experienced in real time.

My first pregnancy ended in a miscarriage, which was emotionally devastating. I took time away from volleyball to heal my body and became pregnant again. After giving birth to a beautiful baby girl, I was on the hunt for a new career. Even though I had devoted my life to volleyball, I didn’t think there was a place for moms on the court.

Then Athletes Unlimited launched. Finally, a forward-thinking organization existed that actually prioritizes moms and — gasp — wanted me to play. AU developed an innovative athlete-driven model where players are the decision makers for virtually every aspect of the league, from recruitment to governance to civic leadership. In practical terms, that meant providing me with full-time childcare and support for me to bring my daughter inside of the competition bubble created during the COVID-19 pandemic.

Athletes Unlimited also took a new look at things we had always taken for granted in the sporting world. Things like team ownership and general managers — Athletes Unlimited doesn’t have either of these. They prioritized shorter seasons and one destination, which meant no travel overseas while trying to raise a family. And their new scoring system was a refreshing way to reward team play.

I signed on for the inaugural volleyball season of Athletes Unlimited, and it was a major achievement. After years of fighting the tug-of-war between wanting to be a mother and wanting to continue my volleyball career, I realized I really could have it all. I have the ability to choose what my life looks like.

Professional athletes have highly specialized workplace skills that we’ve spent our lives developing; we deserve the same protections that other workplaces are starting to extend to working parents across the country. But creating a family-first culture isn’t something that solely benefits parents. Enabling moms to continue their athletic careers increases diversity in the workplace, and it helps organizations retain great talent (if I do say so myself).

As the world and workplace evolve, we must make the adjustments to change with it. I know Athletes Unlimited will continue to listen to athletes and staff to explore new innovations and best practices pertaining to every aspect of their operation. It’s good for people and good for business. My only question now is, will the rest of the sporting world follow in their footsteps?

Carter, an All-American at UCLA, has played professionally in more than 10 countries, is a commentator on Athletes Unlimited telecasts, and is a co-owner of HG Beach Volleyball.