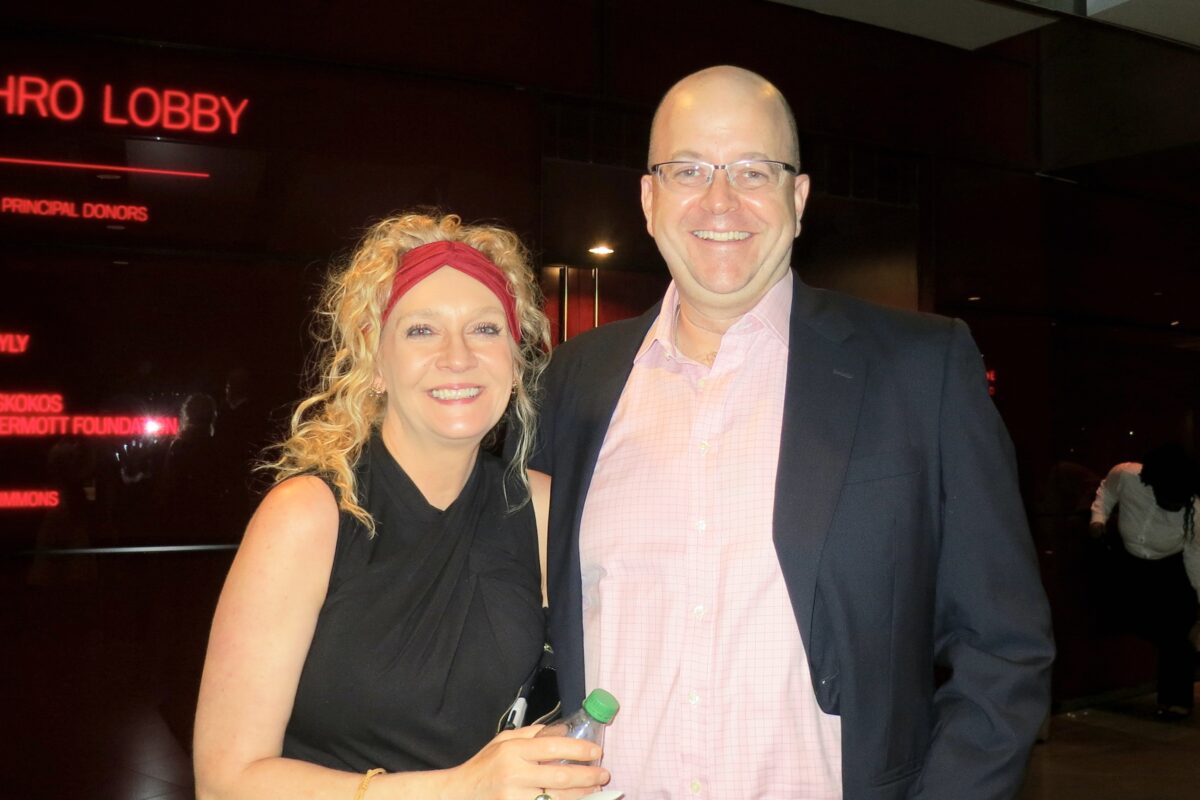 DALLAS — The world’s leading authentic Chinese classical dance and music performance, Shen Yun Performing Arts, was an indelible and unique experience for its Dallas audience when it played at the AT&T Performing Arts Center.

Shen Yun’s mission is to restore Chinese culture from the pre-communist era. It is bringing back China’s 5,000-year-old culture in its authentic form.

The performance that evening was especially enjoyable for insurance broker Christian Baird and his wife Camilla, who are great fans of Asian culture.

Shen Yun‘s dances are story-based with a repertoire that takes the audience from the plains of Mongolia to the Tibetan plateau to the courts of China’s dynasties while bringing back cherished legends and tales.

Ms. Baird, the owner of a floral business, was enraptured by colors in the dance “Plum Blossom in Spring.” The plum blossoms symbolize courage and beauty as they brave the winter cold. “Monkeying around in Paradise” was a humorous dance that also piqued her sense of comedy.

Shen Yun uses 3D technology to create special effects that are almost magical. “And the backdrop, the way the [actors] come out of the screen, that was amazing, ”she said.

The dances portray the spiritual foundations of ancient Chinese society which was believed to be divinely inspired. Also depicted is the Chinese regime’s ongoing persecution of the ancient spiritual practice of Falun Dafa, a meditation practice from the Buddhist tradition. Falun Dafa practitioners are being killed for their organs to supply China’s medical transplant industry.

Mr. Baird said he had read about forced organ harvesting in China and the Chinese communist regime’s oppression of religious groups. “So I know, if you don’t fall under Chinese communist culture, you are defined as an enemy of the state. And it’s a shame. And it’s too bad because China is an amazing country [and] has amazing history. But like any other country, when there’s a political system that’s totalitarian, where they want to control everything… there’s not some basic level of freedom. It’s very, very sad because the average person loses out, ”he said.

“Whether one is Jewish, Christian, Buddhist, one has the basic right to worship peacefully,” he said.

“It’s beautiful… oh my gosh. I don’t know who wouldn’t like [a performance such as Shen Yun]Exclaimed Mrs. Baird.

“We’re not wealthy but I would have loved to have brought a bunch of high school students to [Shen Yun.] I would have bought 400 tickets… because this is what young adults need to see, ”said Mr. Baird. Young people need to see the arts, not technology and cellphones, he said.

Ms. Smith grew up dancing and recognized the level of expertise of Shen Yun’s dancers whom she said were absolutely synchronized. Ms. Smith practiced ballet for nearly 18 years.

Shen Yun‘s unique orchestra, a combination of Western Classical and Eastern traditional instruments, was also a bonus. Everything was just so synchronized, she said.

Mr. Ontiveros was amused by the dance, “The Rookie Monks.”

“I really enjoyed the [dance] with the monks, where they were doing the hairpieces and they would come off, ”he said. “But there were so many elaborate hairstyles.”

“I love the arts, and we do arts, we create hair, but also with the music and the dance, [Shen Yun] is just beautiful, ”he said.

Gregory Mills and Ray Wells had come to see Shen Yun to celebrate a special occasion.

“I wanted to do something special for [Ray’s] birthday and just have a nice evening and enjoy the music and culture, ”said Mr. Mills who works in law enforcement. And he succeeded.

“I will definitely want to see [Shen Yun] again. [The dance] is incredible, ”said Ms. Wells. “The athleticism and the coordination and the way they move together — seamless. The colors are insane. They’re beautiful and all the details are intricate. ”

Mr. Mills was touched by the scenes that showed the persecution of Falun Dafa.

Shen Yun was delivering a message about the importance of people uniting peacefully, the couple said.

The Epoch Times is a proud sponsor of Shen Yun Performing Arts. We have covered audience reactions since Shen Yun’s inception in 2006.